Its no secret anymore that Miami’s skyline has changed over the course of the last 15 years. Specially the areas of Downtown Miami and Brickell have been home to a variety of brand new luxury condos as well as a doubled population in just a decade. Actually, Downtown Miami is said to be one of the fastest-growing residential districts in the U.S.

Miami is now more than just a beach destination and Miami’s business is developing at almost the same rate as its population. Miami’s urban core is now an around-the-clock neighborhood attracting people from across the globe. This new wave of activity in Miami’s urban heart is also reshaping the city’s global image, infusing Miami’s brand as a gateway city for business with a dose of culture, youthfulness and cosmopolitan style

♦ Miami is no longer just fun in the sun, its the city of the future and No 1 happiest place to work
♦ Miami: Brickell district perfect for work and play

Watch this movie about Miami “new” downtown,  a livable, walkable, vibrant community where business is thriving

After Miami’s massive immigration and investment surge into residential real estate, we now see more and more investments from domestic and multinational companies and entrepreneurs which is fueling the downtown office market

The difference between Class A, B and C office spaces

Premium space in class A, urban office buildings is being leased for record-setting rates topping $50 per Sq.Ft, and office properties are trading hands at prices well above the previous peak.

The Investment Potential of commercial real estate in Miami

The Urbanization of Miami

Bloomberg business reported that more than 700 multinational companies have been lured to the area over the past quarter-century, drawn by its proximity to Latin America and the Caribbean and a multilingual workforce. Miami based multinationals include: SAP, Diageo, SAB Miller, Mastercard, Novartis, Sony, L’Oreal, the BBC, Maersk, Siemens, Adobe and Burgerking.A number of multinational companies have recently opened or expanded their regional headquarters in Miami, including HBO Latin America and FedEx. All told, approximately 30 percent of the leasing activity in our urban submarkets is being generated by new entrants from outside South Florida, according to our firm’s market research.

Millennials (18- to 34-year-olds) are now accounting for one-third of the US’ workforce. This trend is unfolding in downtown Miami, where 46 percent of residents are between the ages of 25 and 44, according to a 2014 study by the Miami Downtown Development Authority. We are seeing similar dynamics in areas like Coral Gables and Doral.

Urban areas are being particularly appealing to this demographic group. Research shows millennials are more comfortable using public transportation, prefer walking over driving, and wish to live and work within the same neighborhood. These traits illustrate why millennials are seeking urban environments.

Developers across Miami are catering to these demographics by focusing on mixed-use projects, vertical development and urban amenities herewith attracting and retaining young talent by catering more and more to this group

With nearly 30 acres and an estimated price tag of more than $1.5 billion, Miami Worldcenter will be the second largest urban development in the United States

One of the best examples is All Aboard Florida’s MiamiCentral project in downtown, set for completion in early 2017. Phase one of the development will bring regular passenger rail service between Miami and West Palm Beach, eventually extending north to Orlando; 280,000 square feet of office space in two towers; and entertainment, residential and retail uses. Those living and working within MiamiCentral and in the immediate neighborhood will experience a true urban lifestyle.

Farther west, in the City of Doral, urban developments underway will deliver close to 2 million square feet of retail space and more than 5,500 residential units over the coming years. The largest projects, City Place and Downtown Doral, will create urban districts enabling people to live, work and entertain themselves without getting in a car.

In Coral Gables, developers behind the city’s first master-planned, mixed-use development, Mediterranean Village, have won initial approval to build a hotel, restaurants and retail space, 300,000 square feet of offices, and more than 200 residential units. Close to 1,000 apartment units under construction in and around the city will cater to millennials. At the same time Coral Gables’ Miracle Mile will be revitalized with a $20 million streetscape improvement plan by New York-based Cooper, Robertson & Partners.

The Miami Herald recently mentioned in one of its business articles that when speaking to executives in Latin America and Europe about Miami, the conversation often gravitates toward the topic of urbanization, specifically the progress taking place in downtown Miami and the Brickell Financial District. People from overseas are excited about our new museums, luxury hotels and boutiques, and the sheer level of investment and development underway.

The world’s changing perception of Miami is helping us compete for inbound investment and corporate relocations and expansions, since large companies located in the world’s major cities are accustomed to doing business in urban neighborhoods. We are leveling the playing field between Miami and London, New York, Sao Paolo, Mexico City, Panama City and others.

This shift toward urbanization is a positive sign for our business base, our economy, and our international image.

Are you interested to invest in Miami Commercial Real Estate? Contact our commercial real estate expert for all your questions 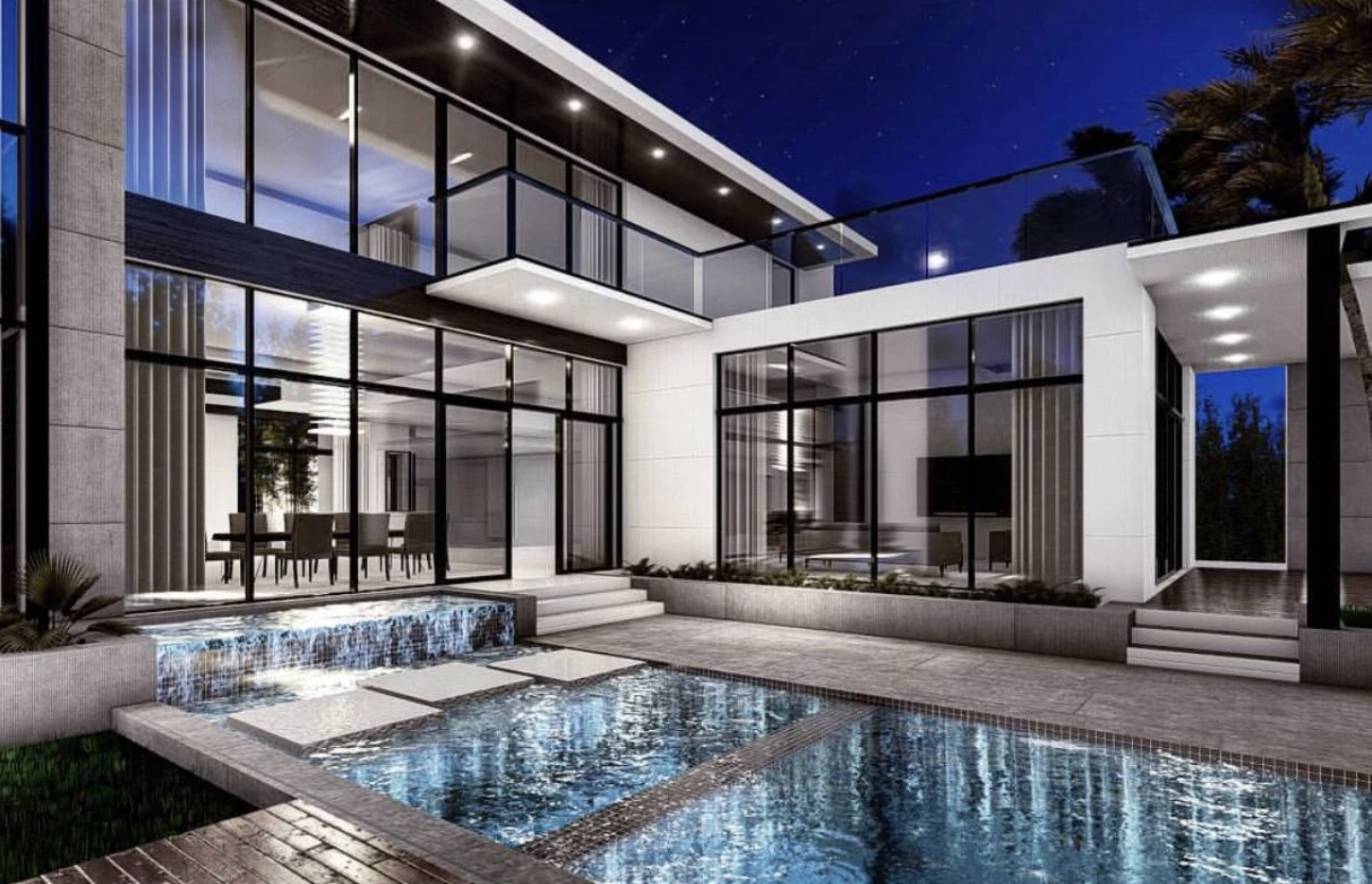 Monad Terrace Miami Beach | Is this the Best Condo in Miami? 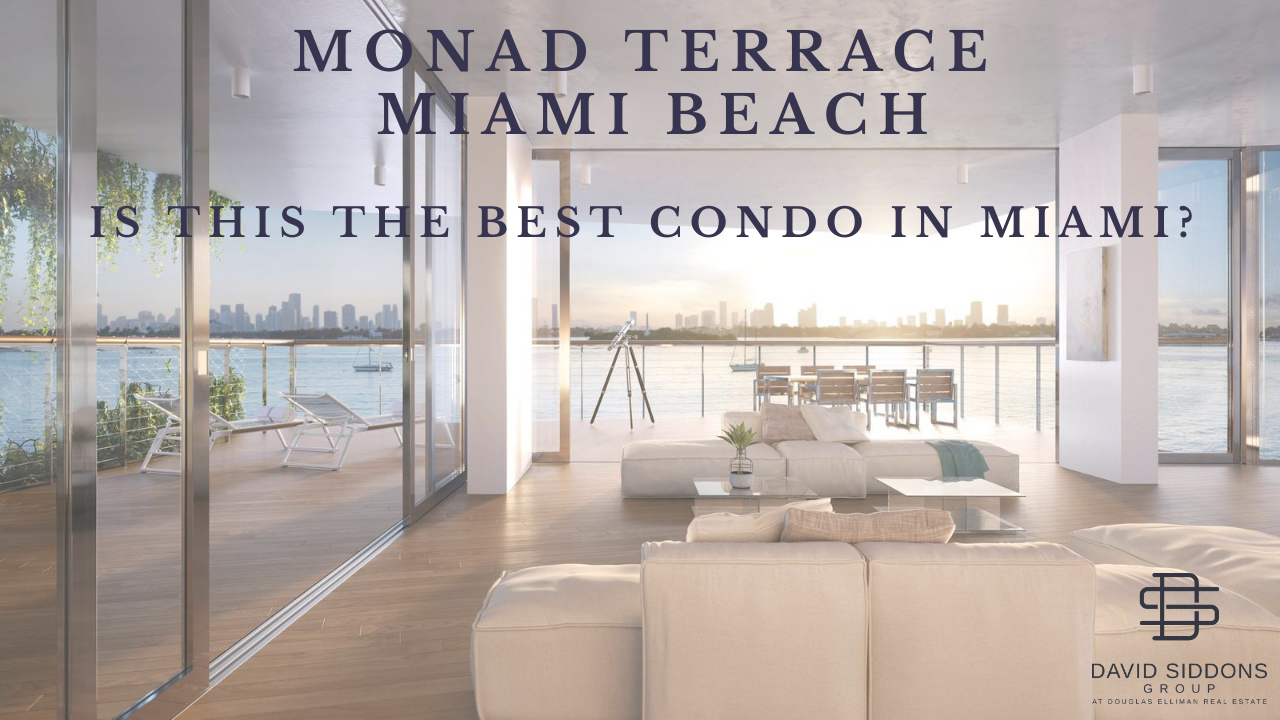